The future of consumer credit reporting

Consumer credit reporting has been around almost as long as credit. This article gives insights into the current model and where they system could be in the future. 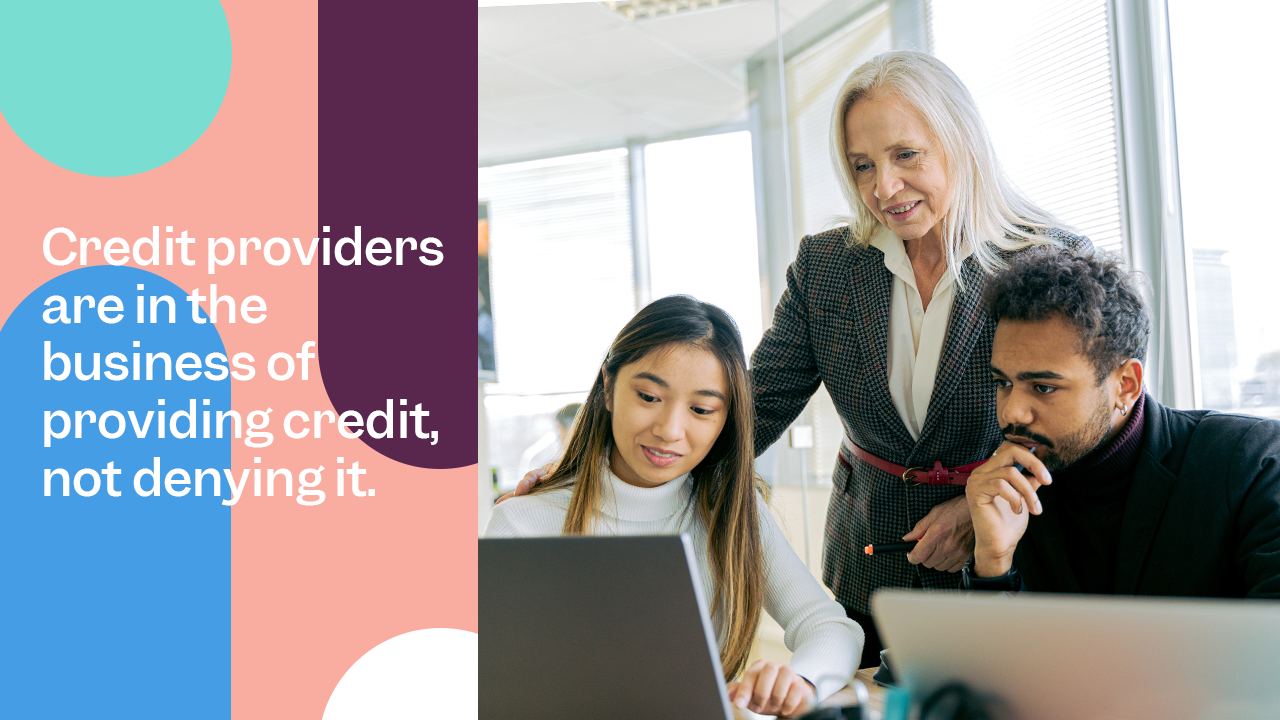 The problem with the current model.

Consumer credit reporting has been around almost as long as credit. It was originally designed as a blacklist of bad customers to punish those borrowers who had defaulted on their debt by preventing them from moving from bank to bank with bad credit records. Over time this very basic premise evolved to help credit providers to identify those borrowers who looked like the bad customers.

On the surface, this seemed to be a great idea. Theoretically you create a mathematical model to identify consumers who have similar characteristics to those that have defaulted, thereby predicting whether someone is likely to default before they do.

The problem is that this approach cannot distinguish between the person who is desperately seeking access to credit from the one who is simply shopping around for a better interest rate.

Further, people who default can cluster around certain postcodes (for a wide variety of reasons), thereby negatively impacting everyone who lives in that area.

Let's face it, credit providers are in the business of providing credit, not denying it.

For the uninitiated, the idea that the system will reduce your access to credit simply for applying, is insane. Declaring that everyone who lives in one postcode is less likely to pay a debt than people living in a neighbouring postcode is entirely unfair, indeed in some industries it’s outright illegal.

While most credit providers accept that this is how credit reporting works, it’s a surprise to most consumers, despite the amount of information available on the topic. For example:

“Where you live could determine if you can get a mortgage, with Australia's biggest credit scoring company now applying postcode data when assessing applications.”

Fundamentally the current credit reporting system pits the consumer against the credit provider. Their lack of transparency creates an environment where the information is often questionable. And their focus on negative inputs creates negative outcomes for everyone.

How these consumer issues ultimately impact the credit industry.

I’m guessing, that if you’ve read this far that many of you are thinking “so what”, this is how I manage risk and its unintended consequences are negligible to me. However, the current system does come with consequences to the credit industry, so I would ask whether you have considered:

The most common answers I receive to these are,

Now I’ll let you in on a little secret. The reason that your consumers trust a budget repair agency ahead of you is because they didn’t understand how credit reporting worked when they received credit, and how that is impacting them negatively.

Unless you’ve had your head in the sand, when looking at privacy from a broader perspective, there is a paradigm shift currently under way.

The Cambridge Analytica / Facebook scandal will go down in history as a point of awakening for many consumers around the use of their information and how it can sometimes be weaponised against them.

GDPR was already in place prior to that awakening, demonstrating that regulators were slightly ahead of the curve here. Among a variety of other items, GDPR introduced the concept of informed consent.

Informed consent increases the burden on businesses to be more transparent about how a consumer’s information will be used. Fundamentally this means not hiding it deep within the terms and conditions document that nobody reads, rather bringing it to the attention of the consumer.

Since GDPR, we have seen regulators across the globe modify their stance. In Australia, the Privacy Act is under review, and will likely introduce a similar concept for non-credit reporting related information.

Now with the roll out of Open Banking and Consumer Data Right in Australia, we can see a clear indication to the degree of transparency that is now expected and has redefined the best practice benchmark for the use of consumer information in Australia.

Now, I’m not suggesting that any of these rules apply directly to credit reporting information – because they don’t, nor are they likely to any time soon. They do however provide a clear indication to the change over time of community’s expectations around the transparency and fairness of the use of consumer information.

There is a better approach.

Credit reporting is an essential tool in the toolbox of any credit manager. Bank statements are useful in determining affordability, but they provide limited insight into how well a consumer is behaving relative to their existing commitments.

The traditional credit reporting agencies are becoming less relevant because for many credit providers, the cost of dealing with old credit enquiries and complaints outweighs the value that they provide. This issue compounds as more credit providers either reduce their engagement with the bureaux or opt out altogether generating a data quality spiral.

A better approach is to bring credit reporting out into the light. Transparency with the consumer can be coupled with encouragement to meet obligations to enhance their credit worthiness. Allow them fair access to challenge the information reported, and proactively correct it when we get it wrong.

Remove inappropriate proxy variables from scoring models (like enquiry and postcode) and you will take great strides in removing prejudice and discrimination from your credit decisioning systems too.

Credit reporting can become a tool to enhance the credit worthiness of the consumer, rather than a tool to detract from it. In doing so we will reduce the need for credit repair agencies, reduce the reliance of dispute resolution mechanisms, and generate positive outcomes for consumers and credit providers alike.

Some credit providers will look at this document with a closed mind and say that they have been running their business the same way for many years, that they are comfortable with their risk profile, and that they do not need to change.

Although they are unlikely to have read this far, they should consider through this time of disruption in the banking sector; with the rise of the Neo banks and Buy Now Pay Later products; with the ongoing introduction of new regulatory regimes and frameworks like DDO (Design and Distribution Obligations) and PIP; and the changing attitudes of the younger generations toward credit:

Do you really believe that the old methods of risk management are likely to properly support you into the future?